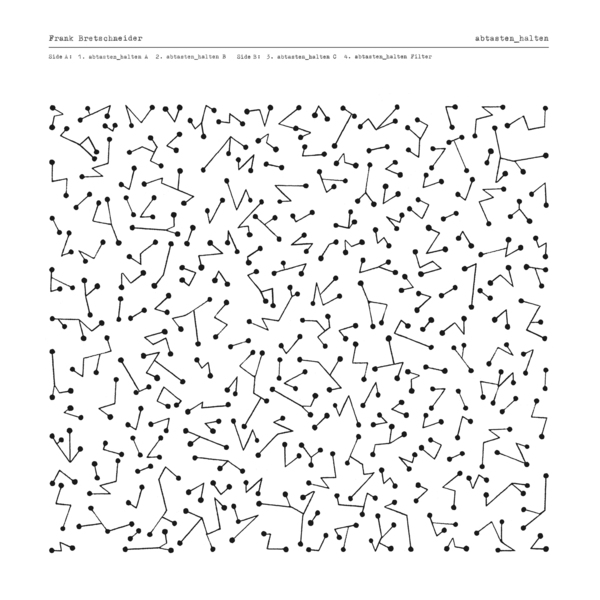 Faitiche is delighted to present a new album by Frank Bretschneider. abtasten_halten was made as part of the raster.labor installation first presented at CTM Festival in 2019. It is perhaps the most radical work in Bretschneider’s distinctive oeuvre: abtasten_halten is a self-generating composition for synthesizer modules whose sole sound source is the movement of two VU meter needles. The resulting percussive sounds coalesce into rhythmic combinations – all random, without repetition. The album resembles a meditation on infinite rhythmic variation.

One sound can give birth to thousands of tones through self-fertilization. Pierre Henry, 1982 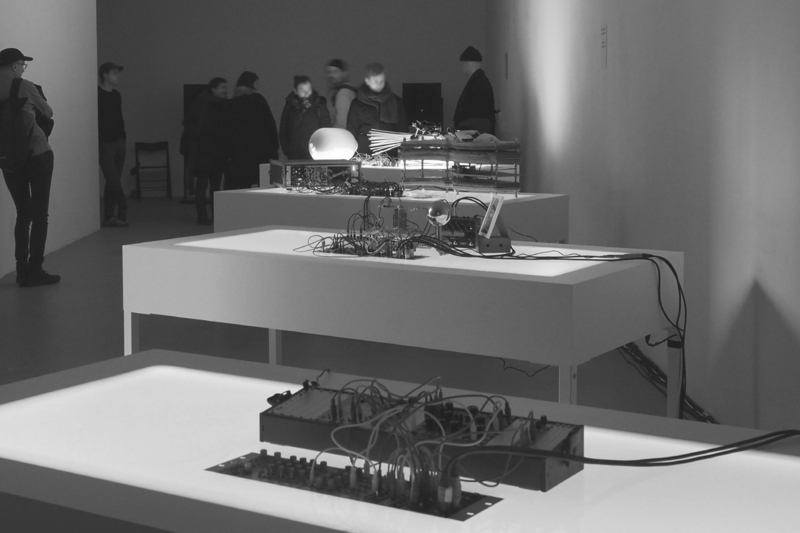 abtasten_halten (sample_hold) is a largely self-generating composition for a modular synthesizer system. Self-generating here means that as soon as a current flows, the various modules interact, but within limits set by the composer via the connections between the modules (patches): timing, tempo, timbres, dynamics. These conditions are kept variable to a certain extent or left to chance, so that the composition created is always similar but never the same. On the one hand, the use of random generators opens up possibilities that would not otherwise have been considered. On the other, it offers the fascination of the unfinished and the unique: totally unexpected musical events that you might hear only once.
abtasten_halten combines my preferences for percussive music in general and electronic music in particular. Largely avoiding repetitive structures, the piece is more like a free improvisation, quiet and diffuse, but also extremely dense, in ever-changing contrasts and transformations.
The tone generators are two modified VU meters whose needles, driven by trigger impulses, create a simple one-bar pattern by hitting against a metal spring that is connected to a piezo element (thanks to Gijs Gieskes /  Gieskes.NL). The tempo is continuously varied over a period of about ten minutes by several mutually modulating LFOs, ranging from about 0.06 Hz up to the lower audio range of about 18Hz. The percussive sounds thus obtained are then passed through low-pass filters with moderate resonance and random frequency modulation to additionally colour the sound. Further processing is then executed by an echo module whose tempo and repetitions are again determined by random parameters. Finally the audio signal is occasionally enriched with reverb to add more spaciousness to the sound.
The concept for the installation raster.labor was developed by Olaf Bender, Frank Bretschneider and David Letellier. Many thanks to raster - artistic platform. 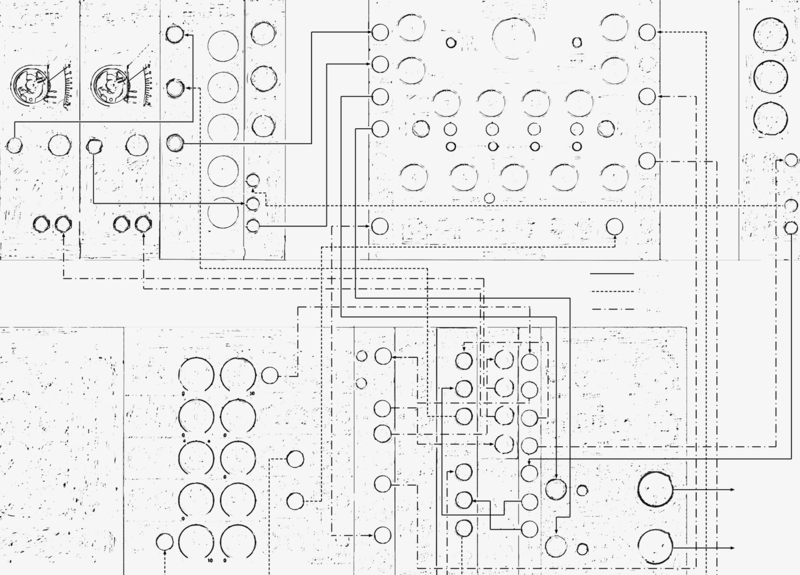 Frank Bretschneider works as a musician, composer and video artist in Berlin, making mainly electronic work based on complex rhythmic structures and interlocking textures, whose many-layered sound is inspired by the experimental set-ups of modern physics, often supplemented by perfectly synchronized computer-generated visualizations. In 1986, he founded AG Geige, one of the most influential underground bands in East Germany. In 1996, he co-founded the label raster-noton and has since released many solo albums.