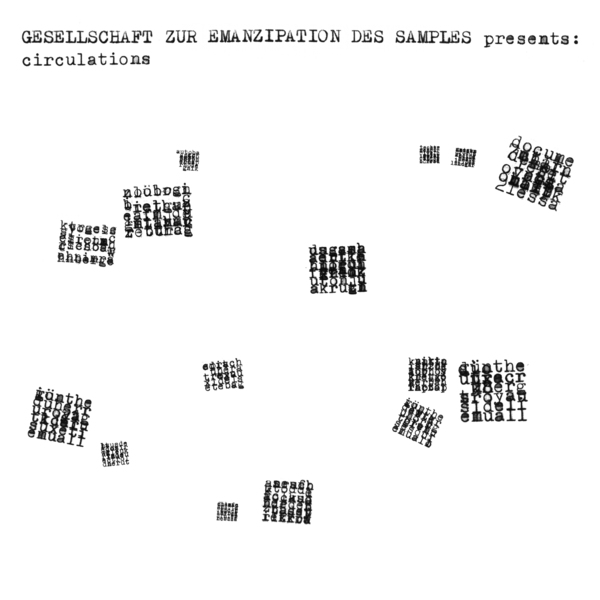 The above headline might throw up more questions than it answers. Nevertheless, I will waste few words on the presenting body: GES is no official entity, but rather a rough idea, an association without membership or manifestation committed to one primary and pragmatic notion: financial backing and legal support in case of active breaches of copyright – the process of sampling.  (Please refer to the *footnote for further thoughts on the GES) 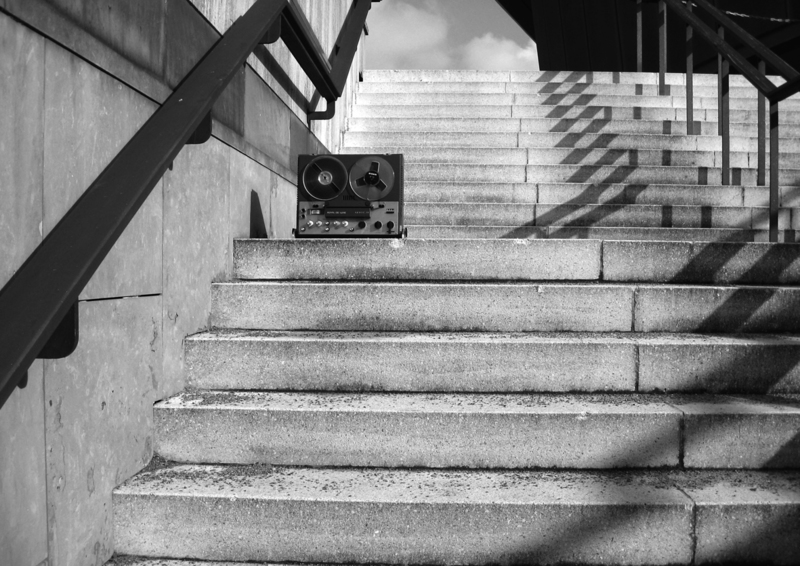 On Circulations: The idea for this audio collage emerged from random recordings of pop songs played through the PA of a fairground carousel. Picture the scene: Bumper cars racing to Bruce Springsteen's "Born In The USA", a carousel turning to Marvin Gaye's "Sexual Healing", but also projector sounds in the cinema or the sine generators of a sound installation: all of these are recordings of public space. And yet, they contain not only the ambient sounds of their specific point of origin, but also a discrete and distinct recognisable moment. We will always be able to decipher and disassociate "Sexual Healing" from the random noise of public space, irrespective of location. To what extent does the recording process affect potential copyright claims? Are Marvin Gaye's publishers entitled to royalties because the recording of a merry-go-round conveys traces of "Sexual Healing"?

Circulations aims to restage this particular recording premise. Playback devices are placed in public space and broadcast the desired sampling material. The recordings bear witness to music in public space. Even where authorship is still recognisable, the resulting field recordings relegate music to a casual, circulating background element – just one event among many, equal to the ambient acoustics, casual conversations and traffic noise. Do the rules of copyright still apply?

Circulations choreographs a recording situation and, at the same time, the utopia of a space unfettered by copyright. A potential solution to the criminalisation of sampling: take your sources and sample them in public space.

The CD contains 20 miniature collages, assembled almost entirely from such recordings. In some cases, the public aspect is palpable, in others, it is hardly noticeable, depending on the degree of processing.

To pre-empt disappointment: Neither Springsteen's "Born In The USA" nor Gaye's "Sexual Healing" have found their way into these collages. I am, however, all the more pleased that the collage's author shares my love of Exotica, as suggested by the sounds on Circulations. The author himself purports to be an anonymous member of the G.E.S. 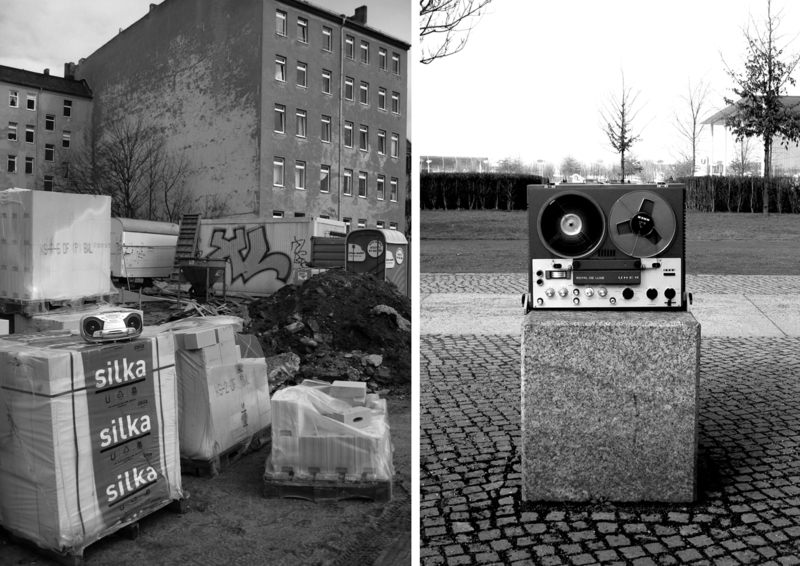 Approximately 90 % of all music copyright disputes end in a settlement. Thus, the damages to the sampling artist are primarily of a financial nature: legal fees and the sum of the actual settlement. So, what if members of the G.E.S. contributed an annual fee to cover such fees and damages? The sampling artist could pursue his work, secure in the knowledge that any legal correspondence or similar would be covered by the society. This financial security, in turn, could pave the way for a brazen sense of legal security. A sense of legal protection to prevent persistent worries about the source material's recognisability – does it require further distortion or modification to avoid infringement of third party rights? In short: the pool would enable the emancipation of aesthetic and content-related considerations from copyright claims. Naturally, this newfound 'legal security' remains deceptive – after all, it would help to limit, not prevent potential damages in case of a lawsuit. Perceived legal protection becomes the glorious gloss of the decriminalisation of sampling. A valid fallacy nevertheless – as long as the illusion has an emancipating influence on the artist's overall approach. 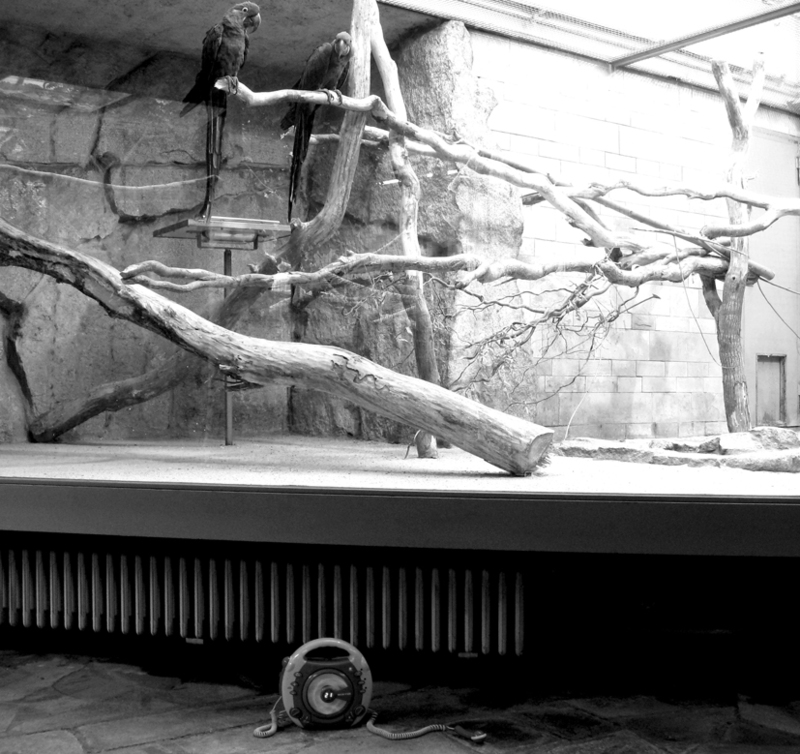 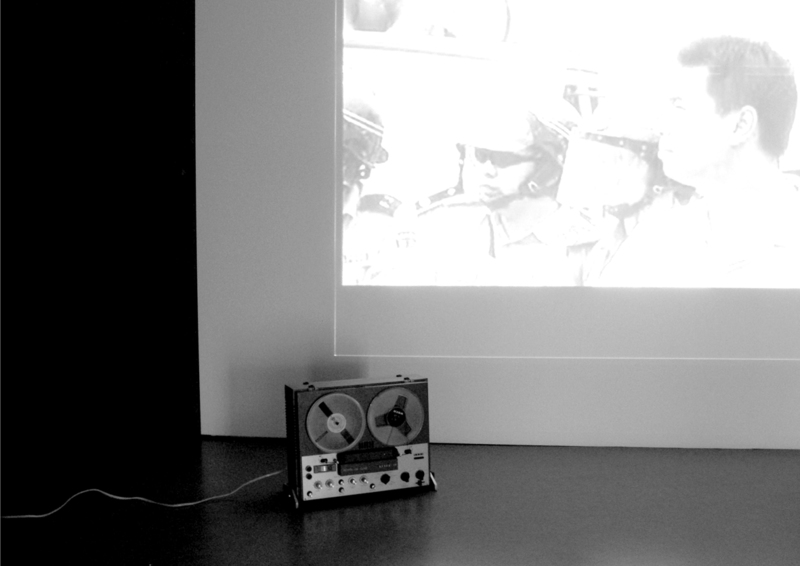